We are so excited to be part of the release blitz
for MYLES by Lisa Helen Gray,
book 3 in the sizzling CARTER BROTHER SERIES 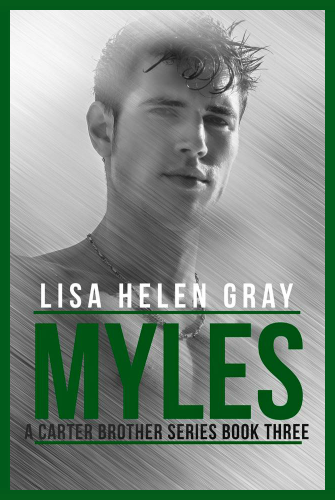 I was once sweet and innocent, saw the world bright with colour, but now all I see is black and white. He not only ripped my innocence away from me, tortured me and made my life a living hell, but he stole the very soul that made me who I am.


I’m a shell of the girl I once knew.


But it’s all about to change.

I’m ready to face my fear. And that’s going right back to the very place all this started. Grayson High. I’ve had to stay back a year to re-take my exams, back to the halls where students whispered, bullied, and taunted me.

It’s been four years and I’m still trying to perfect the art of faking. It’s easy most of the time. My parents never really cared about me; they just saw the fake smile and assumed everything was fabulous, until he waltzes back into my life.
Myles freaking Carter. My childhood crush. And he sees straight past my fake smiles to the broken girl inside. But what happens when he finds out about the real me...the broken, scared, weak girl?

My biggest fear is on the verge of becoming discovered because he becomes my rock. I'm petrified that he'll find out what I've been hiding from everyone. Will he be able to look me in the eye once he finds out my secret? 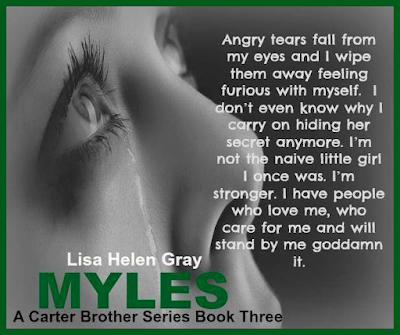 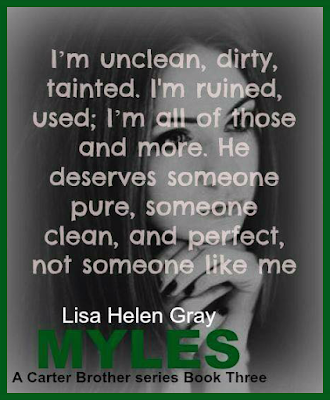 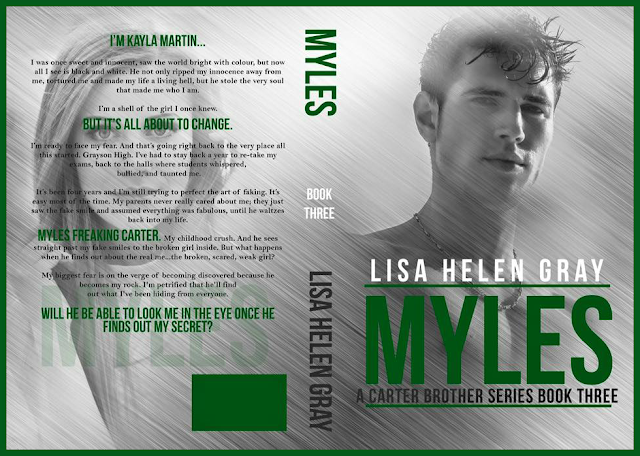 This is the 3rd book in the Carter Brother series and should be read in order as the stories are interconnected.

Kayla Martin is the girl everyone talks about.  Her story isn’t like most and no one wants to be her.  Her first stop at Grayson High was a nightmare for her; the bullying, whispers and taunts.  Now that she’s back to help out another girl who suffered as she had.  The good thing about being back is Myles Carter but that is also a bad thing as she was the one she couldn’t hide from.  He was there for her and never once treated her the way the others did but she is hiding a secret from him.  When her secret is out will Myles still want to be her friend or will this be the final straw pushing them apart forever?

I was given this book by the author in exchange for an honest review.

Kayla has suffered the worst kind of bullying in her life and survived it.  She even help out Harlow, Myles brother Malik’s girlfriend when the bullies at Grayson went after her.  Now that she is back at her old school and hanging out with Myles again.  She loved spending time with him before and after everything that happened but having a secret that she has, she’s afraid that things would be the same as it was before.

Myles Carter has had a hard life.  The one girl he ever felt anything for was Kayla Martin.  She is the one who got away, the one that understands him.  He knows that they’re young but with their past has them feeling connected in ways no one else has.  Myles is the second young of the Carters boys but he’s very much like his older brother’s when it comes to protecting the ones he cares about.

This is the third book in the Carter Brother series and Myles has become my second favourite Carter brother.  Lisa has written another amazing hit.  Kayla and Myles story is both sweet and loving but gut wrenching at the same time.  This things that Kayla went through and how Myles never saw anything but the beautiful woman Kayla was drew me in and had me falling for Myles.  Yes, he may be a teenage boy but the life he had, has made him grow up too fast thus giving him the compassion that most don’t have at his age.  Myles is usually the smart, quiet, passionate young man.  Kayla started out as a wall flower who got the unfortunate attention of a bully.  Myles was there for Kayla but when things got to be too much she left.  Now that she is back and helped out Harlow, Myles brother Malik’s girlfriend who went through some of the same bullying Kayla went through.
Kayla came back hiding a secret from Myles and was afraid he’d look at her differently if he ever found. What she never counted on was the Carter brothers.  They are a family unit who protects the ones they care about.  The attraction between Myles and Kayla starts as a simmer until it explodes leaving you breathless.  Myles has the passion for Kayla like his brother Malik does for Harlow which you can’t help but be glued to your book when these two are together.
Myles is a highly charged passionate love story with secrets waiting to be revealed and two characters you can’t help but fall for.  You don’t want to miss getting to Myles Carter!!

Malik Book One in The Carter Brothers Series 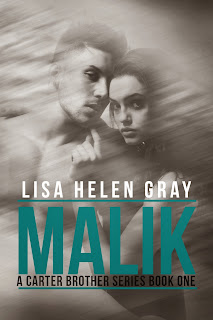 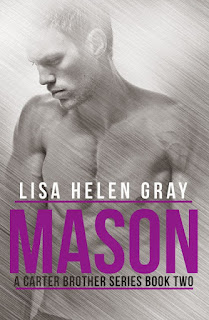 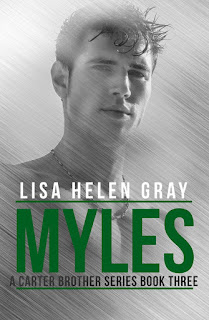 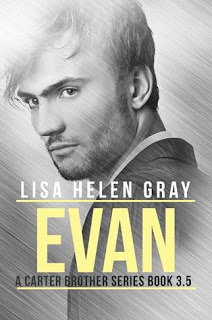 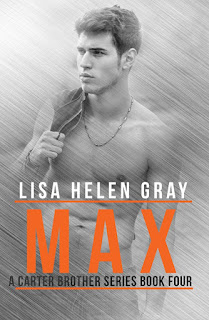 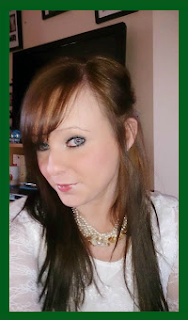 Lisa Helen Gray (1987) born in Birmingham. All Lisa has ever wanted to do in life, apart from be a mother, is to read and write, and at a certain age she wanted to be a princess.We can all dream, right?

Serious note though, she has been a passionate reader ever since her Nan first handed her The Three Gollywogs by Enid Blyton. After that, she lived in a land of fantasy.

First came Buffy the Vampire Slayer, then Angel, and it went on to Twilight and The Hunger Games. Some would say she is a daydreamer, but she is just a firm believer that there is a happily ever after. Hence, her huge love of romance novels.
She got into reviewing other author’s novels, and then decided to publish her own work. Bringing us to her first novel, If I could I'd wish it all away (2014).

She always has her head stuck in a romance novel and is often (too often) reminded of this. When she hasn't got her head stuck in a book or writing her next novel, she is glued to the TV series Pretty Little Liars, walking dead, The Originals, The Vampire Diaries and of course, Veronica Mars. Just an ordinary girl surround by extraordinary books

Posted by Friend till the end book blog at 12:26 PM