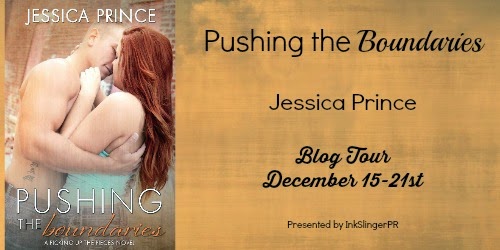 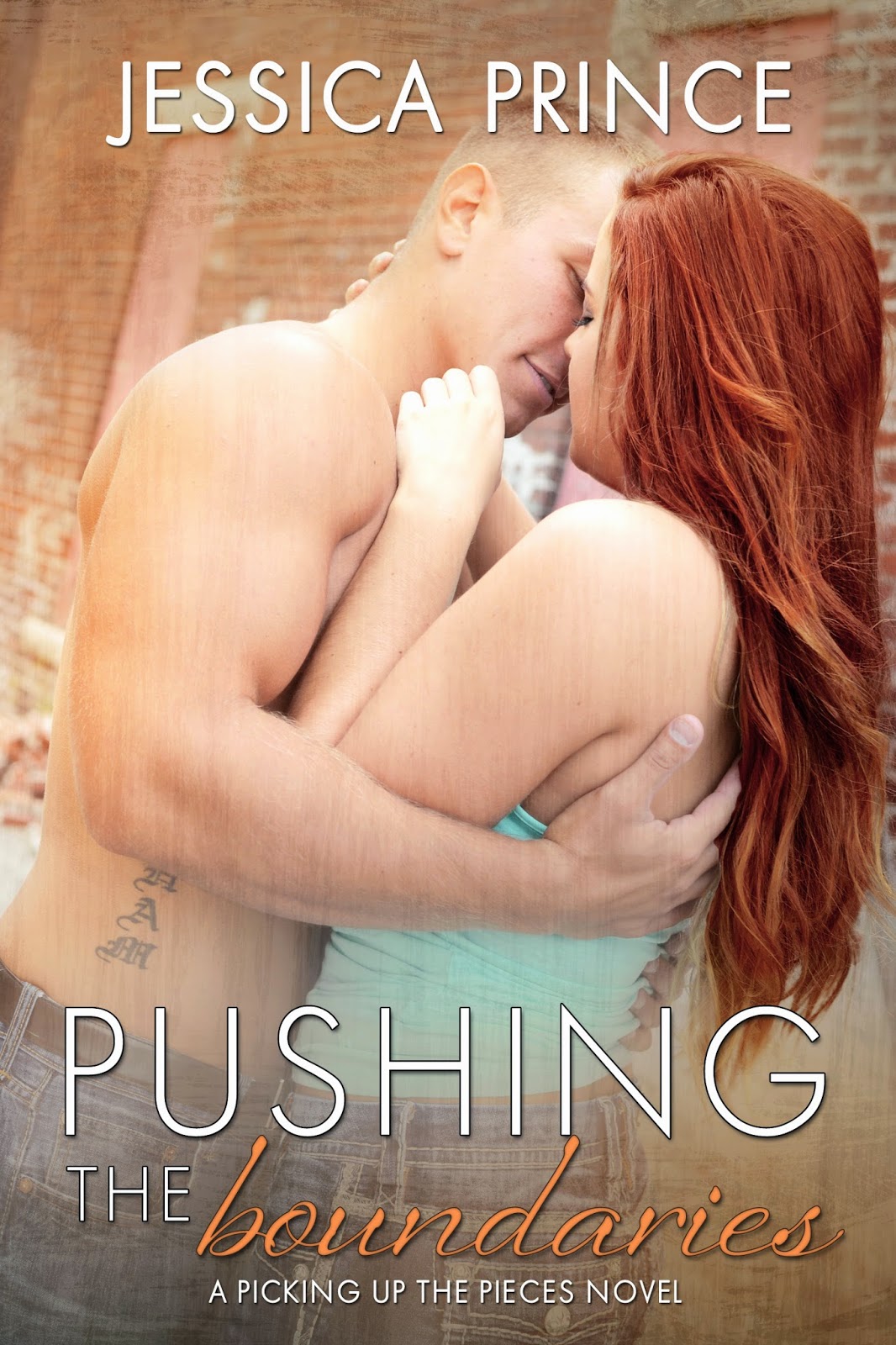 Synopsis:
Living in the small town of Cloverleaf, watching her friends settle down one by one, all Lizzy wants is her own happily ever after. But with each failed date she starts to believe that finding the one man who will look at her like she’s his reason for living is practically impossible.
Trevor has had feelings for Lizzy since stepping foot into Cloverleaf, but despite their intense chemistry when they first met, the feisty little redhead friend-zoned him before he ever had a chance to make his move. After watching her date every loser in town he’s finally decided enough is enough. Thanks to a drunken weekend in Vegas, he finally has the one thing he’s always wanted…Lizzy as his wife.
But just because he caught her doesn’t mean he’ll get to keep her. Can Trevor and Lizzy push the boundaries of friendship and build a relationship that can truly last, or will they crash and burn before they ever get off the ground?
Amazon USA * Amazon CA * Amazon UK * Amazon AU

Living in a small town has it advantages, however it has it’s disadvantages too as Trevor is finding out.  He has wanted Lizzy ever since he moved to Cloverleaf but his reputation of a player is holding him back.  Lizzy watches her friends settle down and get married and she wants what they have.  The problem is she doesn’t think she can find it in Cloverleaf.  She and Trevor are close but she has never thought of him that way.  While in Vegas with their friends the unexpected marriage between Lizzy and Trevor, throws Lizzy for a loop.  She immediately wants to end the marriage before she loses Trevor as a friend but Trevor has other plans in mind.  Will Trevor prove to Lizzy that he is everything she wants or will they lose everything including their friendship?

Lizzy is a fiery redhead who knows what she wants.  She’s a strong independent woman who doesn’t put up with crap.  She values and cherishes her friendships but feels like something is missing.  She knows what kind of guy she wants and that she can’t find it where she lives.  Watching her friends get there happily ever after she craves that too.  Lizzy tries several different ways to find Mr. Right but every guy ends up a dud. Dating has becoming frustrating for her and she loses hope she will find her Mr. Right.  Her friendship with Trevor isn’t like most, they’re always there for each other and she loves having him around.  They spend several nights a week hanging out together but Lizzy has never given a second thought about Trevor being anything more than just a friend.  After all she knows his reputation in town.

Trevor moved to Cloverleaf after leaving the army as his best friend lived there.  He also moved there to get away from the pressures from his family, bad memories and betrayal that he wanted to leave behind.  Trevor knows who he is and want he wants out of live but is having a hard time getting it.  He’s a headstrong alpha male who is at his wits end with the first woman he’s care about in a long time.  Lizzy can’t see past his reputation he got when he first moved to town.  He has done everything he can to change it but she won’t see past it.  When their friends decided to get married in Vegas, Trevor takes this opportunity to show Lizzy what it would be like to be married to him.  He hopes that this will finally prove to her that he has changed and that she is the only woman he wants.

This is the first novel I’ve read by Jessica Prince and I was hooked before the first chapter ended.  I love the dynamic between Lizzy and Trevor.  They are close to each other and their friendship is genuine as they are always there for each other.  The things Trevor does to get Lizzy to notice him and what he does to help her out while she goes on endless dates to find Mr. Right, is hilarious.  I fell for Trevor’s character.  He truly loves Lizzy and will do anything for her.  Some of the things he does is out right comical.  These two end up at each other throat and how they scheme to get back at the other kept me wanting more.  Jessica Prince delivered a heart warming funny story with lots of romance.  I loved this book and would recommend this to any one of my fellow readers.
~~~~~~~~~~
Picking up the Pieces Series 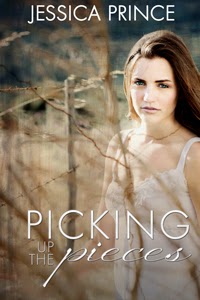 Picking Up The Pieces

After having her heart broken by the only man she’s ever loved everything seemed to go downhill for Emerson Grace. It has taken eight years but Emmy is finally starting to pick up the pieces of her damaged life. But the man who destroyed it has returned bringing with him the pain of the past. Can she let go of the pain Luke caused and accept him back into her life or will the memories be too much for her to overcome? Running from Emmy was the only way Lucas Allen knew he could protect her from the demons he carried with him. After spending one perfect night together Luke takes off, certain that he can’t possibly give Emmy everything she deserves. Now he’s made the decision to return to Cloverleaf and make things right. But is he prepared to truly face all of the damaged he has caused? Will Luke and Emmy finally get their chance at love or will the secrets of the past stop them before they even get to begin?
Amazon USA * Amazon CA * Amazon UK * Amazon AU 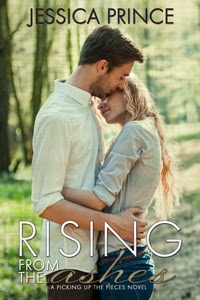 Rising From The Ashes

People make mistakes when they're young, but how they choose to come back from those mistakes is what matters in the end. Savannah Morgan found true love at a very early age, but one rash decision — one that she would regret for the rest of her life — was all it took to end her relationship with the love of her life. For seven years, Jeremy Matthews has accepted being "just friends" with the only woman he's ever loved. Finally deciding that enough is enough, Jeremy relentlessly pursues Savannah until he forces her to see just how right they are for each other. When Savannah's past mistake is revealed, threatening the future she so desperately wants, the fate of their relationship lies in Jeremy’s hands. Will he be able to forgive Savannah, or is the relationship truly over? When struggles and obstacles threaten the foundation of Savannah and Jeremy's relationship, will they choose to let each other go, or rise from the ashes of the past to claim their happiness?


Jessica Prince Bio
Born and raised around Houston Texas, Jessica spent most of her life complaining about the heat, humidity, and all around pain in the ass weather. It was only as an adult that she quickly realized the cost of living in Houston made up for not being able to breathe when she stepped outside. That's why God created central air, after all.
Jessica is the mother of a perfect little boy--she refuses to accept that he inherited her attitude and sarcastic nature no matter what her husband says.
In addition to being a wife and mom, she's also a wino, a coffee addict, and an avid lover of all types of books--romances still being her all time favs. Her husband likes to claim that reading is her obsession but she just says it's a passion...there's a difference. Not that she'd expect a boy to understand.
Jessica has been writing since she was a little girl, but thankfully grew out of drawing her own pictures for her stories before ever publishing her first book. Because an artist she is not.
Website * Facebook * Twitter * Instagram
Posted by Friend till the end book blog at 7:24 AM