About CARESS OF DARKNESS

From the first moment I saw him, I knew that Rainer Engel was like no other man. Dangerously sexy and darkly mysterious, he both enticed me and terrified me.

I wanted to run-to fight against the heat that was building between us-but there was nowhere to go. I needed his help as much as I needed his touch. And so help me, I knew that I would do anything he asked in order to have both.

But even as our passion burned hot, the secrets in Raine's past reached out to destroy us ... and we would both have to make the greatest sacrifice to find a love that would last forever.

And don't miss the next books in the series, already available for preorder! 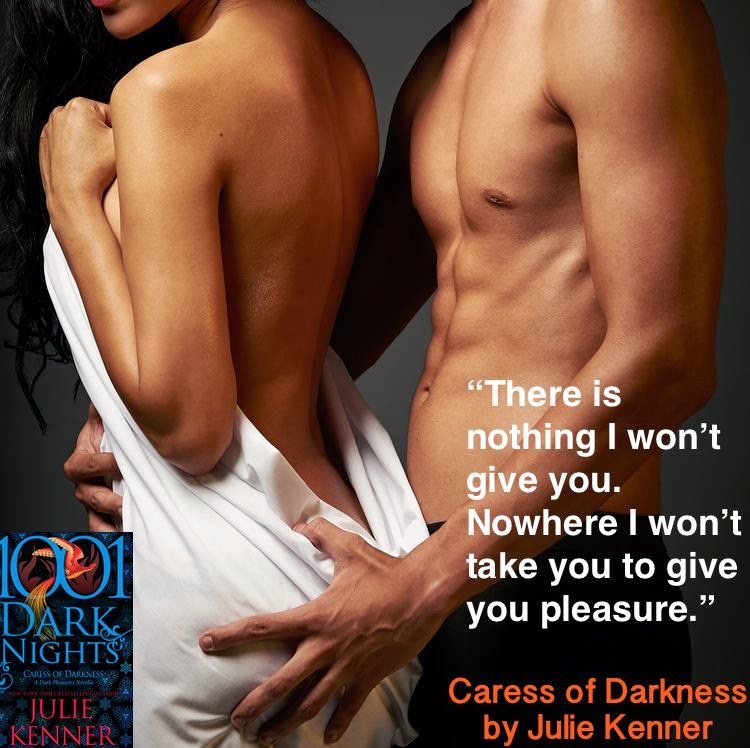 
His grip on my shoulders tightens and he leans toward me.

And then—oh, dear god—his lips are on mine and they are as warm and soft as I’d imagined and he’s kissing me so gently and so sweetly that all my worries are just melting away and I’m limp in his arms.

“Shhh. It’s okay.” His voice washes over me, as gentle and calming as a summer rain.

“Everything’s going to be okay.”  I breathe deep, soothed by the warm sensuality of this stranger’s golden voice.

Except he isn’t a stranger.

I may not have met him before today, but somehow, here in his arms, I know him. 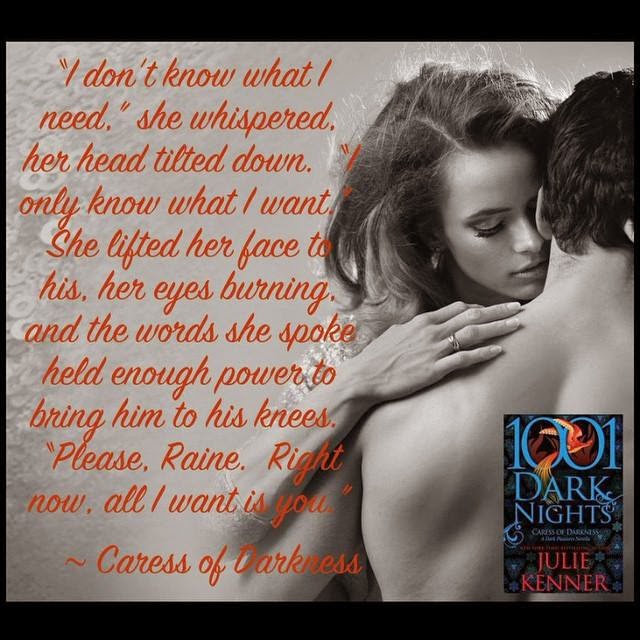 Julie Kenner (aka J. Kenner and J.K. Beck) is the New York Times, USA Today, Publishers Weekly, and Wall Street Journal bestselling author of over forty novels, novellas and short stories in a variety of genres.

Praised by Publishers Weekly as an author with a “flair for dialogue and eccentric characterizations,” J.K. writes a range of stories including super sexy romances, paranormal romance, chick lit suspense and paranormal mommy lit. Her foray into the latter, Carpe Demon: Adventures of a Demon-Hunting Soccer Mom by Julie Kenner, is in development as a feature film with 1492 Pictures.