The Secret is Out!
Beyond The Consequences
Book #5 In Aleatha Romig's Consequences Series
Coming January 15th, 2015!!! 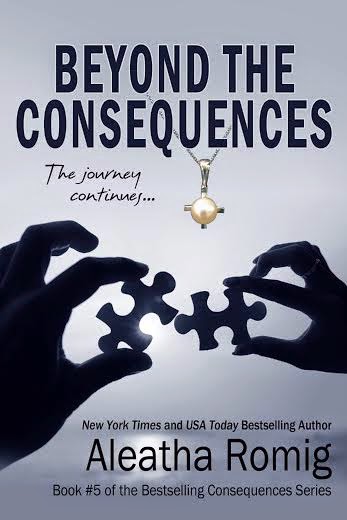 Beyond The Consequences will be releasing on January 15

Book #5 of the bestselling Consequences series

As the pieces of their puzzle come together, Anthony and Claire Rawlings continue to defy the odds. Together they overcame an incomprehensible beginning. Apart they endured unimaginable heartache. Reunited with family and friends, their journey continues as they navigate a dangerous world where secrets threaten to destroy what they hold the most dear.

Tony and Claire turn up the heat as sparks fly, passion rages, and love prevails. With only a dark glance or devilish grin, the fire that sparked in an isolated suite, continues to burn. Though no longer willing to be less than Tony’s equal in life, behind closed doors only one man makes the rules.

The safety of the Rawlings family is not debatable, and only Phillip Roach can assure that they are not disappointed. Learn how he leads old friends and new associates through the dangerous world of delusion and revenge. The choices he makes for both the family and his personal life will have consequences.

Theirs was a long, complicated story with a monster and a knight. What made their story unique was that these two players were the same person.—Aleatha Romig, CONVICTED 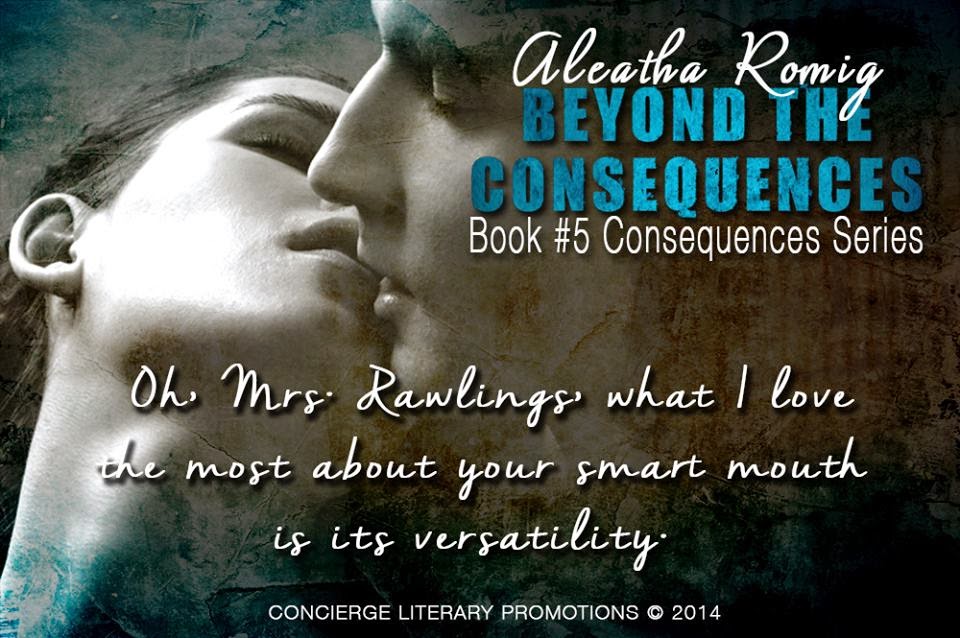 Aleatha Romig is a New York Times and USA Today bestselling author who lives in Indiana. She grew up in Mishawaka, graduated from Indiana University, and is currently living south of Indianapolis. Together with her high-school sweetheart and husband of twenty-eight years, they've raised three children. Before she became a full-time author, she worked days as a dental hygienist and spent her nights writing. Now, when she’s not imagining mind-blowing twists and turns, she likes to spend her time with her family and friends. Her pastimes include reading and creating heroes/anti-heroes who haunt your dreams!
INSIDIOUS is Aleatha’s seventh novel. It is her first time to delve into the world of erotic thrillers. The Consequences Series, her first series has been categorized as psychological thriller and dark romance. With INSIDIOUS, Aleatha took the twists and turns of CONSEQUENCES and turned up the heat. CONSEQUENCES, her first novel, was released August 2011, by Xlibris Publishing. Then in October of 2012, Ms. Romig re-released CONSEQUENCES as an indie author. TRUTH, the sequel, was released October 30, 2012, and CONVICTED, the third in the series, was released October 8, 2013. Unexpectedly, the fourth book of the Consequences series came to life with REVEALED: THE MISSING YEARS. It is the fourth full-length novel in the series. It explores the years in CONVICTED that previously were only mentioned, as well as a complete character glossary and timeline. REVEALED was released May 20, 2014. INSIDIOUS, the first released book from TALES FROM THE DARK SIDE was released in October of 2014. TALES FROM THE DARK SIDE will be a series of standalone, dark, erotic thrillers guaranteed to take you on a wild, hot, and dark ride. Each novel in the series will be independent of the next. The characters from one book will never be revisited. Instead, Aleatha leaves it up to her readers to imagine how each story ends while remembering it is the journey that is the most fun.Aleatha is a “Published Author’s Network” member of the Romance Writers of America and represented by Danielle Egan-Miller of Brown and Miller Literary Associates.