Today we are celebrating the release of KEVIN & CHELSEA, a contemporary romance novella that is part of the Gansett Island series by Marie Force. Check out the links, and blurb, for the book below.


A year after his 31-year marriage imploded, Dr. Kevin McCarthy is enjoying life on Gansett Island. He’s opened a small practice, goes fishing with his older brothers any time he wants and has his sons, nieces and nephews close by. Best of all is his all-consuming relationship with sexy bartender, Chelsea Rose. What started as a one-night stand a year ago, has turned into something much more significant for Kevin and for Chelsea. The sixteen-year age difference between them has never mattered, until they realize they may have differing plans for the future. Will they be able to reconcile their divergent paths or will their hearts be broken when they go their separate ways?

Find out in Gansett Island Episode 2: Kevin & Chelsea where you’ll also hear about Big Mac’s latest business venture and have a visit with the Gansett Island characters you’ve come to love!

About the Gansett Island Episodes…

From Marie: My fictional island has become such a huge part of my life—and yours—over these last six years, and I’ve created so many characters who speak to me between books and during the writing of new ones. I can’t possibly give them all a new story in every book, but I still have so much to say about them. With that in mind, I’ll be launching a new “Gansett Island Episodes” series in 2017, featuring shorter stories about past characters who readers love and want more of. Mixed in with these episodes will be at least one full-length book a year. So we’ll have plenty more from our favorite island, with new stories for past characters as well as all-new stories, too. I’m looking forward to this new adventure and hope you’ll take the ferry to Gansett for the new episode!

CHECK OUT THE GANSETT ISLAND SERIES 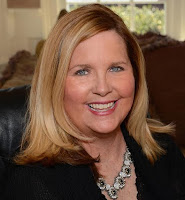 Marie Force is the New York Times bestselling author of contemporary romance, including the Gansett Island Series, which has sold more than 2.2 million books, and the Fatal Series from Harlequin Books, which has sold more than 1 million books. In addition, she is the author of the Green Mountain Series from Berkley Publishing as well as the new erotic romance Quantum Series, written under the slightly modified name of M.S. Force. Her goals in life are simple—to finish raising two happy, healthy, productive young adults, to keep writing books for as long as she possibly can and to never be on a flight that makes the news.
Website I Twitter I Facebook I Author Goodreads
Newsletter I Pinterest I Instagram I YouTube I BookBub