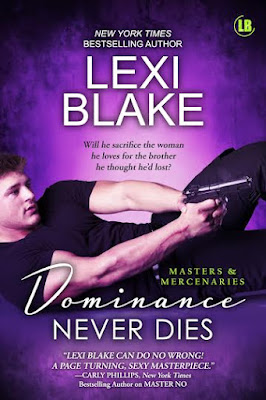 A loss he can’t forget

Since losing his twin brother, Theo, in the line of duty, Case Taggart has felt dead inside. The former Navy SEAL has dedicated himself to his family and their business but he can’t help but feel stuck as he watches everyone else move on with their lives. Only meeting the beautiful Mia brings Case out of his misery, until he discovered she was just a reporter looking for a story. Betrayed, he turned his back on her and never looked back.

An attraction she can’t deny

Mia Danvers can’t get Case Taggart out of her head. Though they hadn’t been lovers, she’d felt more for him than for any man she’d ever met. Growing up in the shadow of her over-protective, older brothers, she felt free when she was with Case and she longs to feel that way again. She knows that if she can find any trace of Theo Taggart, Case will be forced to let her back into his life. Months of searching have finally paid off and she knows this is her second chance.

Case and Mia follow the clues they hope will lead them to Theo and the villainous Hope McDonald, but the search becomes increasingly dangerous. From Dallas to South America and beyond, dark forces work against them and threaten their lives. With each step forward, Case and Mia are pulled closer together and forced to confront their mutual attraction. But when the truth about Theo is revealed, Case may have to make a choice between his brother and the only woman he’s ever loved.

“Who was that nightgown for?”

She was glad she wasn’t looking up at him or he would have seen her wince. Still, she’d promised him the truth. “I put it in there when I flew from Austin to Dallas. I knew it would be an overnight flight to Colombia. I needed something to sleep in.”

His hand found the top of her head and he gently forced her to tilt up. One brow was arched over his blue eyes. “You expect me to buy that? You sleep in ridiculously sexy lingerie?”
She tended to sleep in a tank top and panties, but he didn’t need to know that. If he was anything like her friends’ Doms he wouldn’t let her sleep in anything at all. “No, Sir.”

“Then what was the plan? I know there was a plan in there somewhere.”

“I thought I might accidently need something from the main cabin after I’d gone to bed and then you would see me in my sexy nightie and very likely ravish me.” She’d read too many romance novels.

“Put it on.” He stepped back and offered her a hand up.

“Case, I know it was a silly thing to do.” So why had she still snuck it into her bag? She’d casually made her way back to the bedroom after she’d landed the plane and carefully slid the gown into her oversized Louis Vuitton overnight bag.

He frowned her way. “Mia, do you know how many women in my life have gone to the trouble to seduce me?”

She could only guess. Thousands, likely. “A bunch, I would suspect.”

“None,” he replied. “Not a single one. I was the easy hookup who could get them off in my hometown. In the Navy, it was a parade of women who thought it would be awesome to fuck a SEAL. In the last couple of years, it’s been women I picked up at bars. I’ve had two fairly serious girlfriends in my whole life and I initiated sex every single time. So yes, I want you to go to the bathroom and change into that filmy nightgown and I want you to show me how you would have played it.”

“Those women were crazy.” The words were out of her mouth before she could think about them. But they were also true. She’d planned to seduce that big cowboy from pretty much the minute she’d laid eyes on him. Schemed and plotted and planned to be with him any way she could.

His lips curved up in a sad smile. “They just knew I was a bad bet as a potential husband and honestly, the two girlfriends were probably more submissive outside the bedroom than I would have liked. But they were easy to be around and they didn’t give me trouble.”
She was trouble. A whole lot of trouble. She couldn’t seem to help it. “I’m not like them, am I?”

He smoothed back her hair, staring down at her. “You are the opposite of every girl I’ve ever been with before. You’re a woman who lied to me, used me to further your cause, and caused me to do the one thing I swore I wouldn’t. Be the guy a girl cheats on her man with. You put me in that position.”

“It upset me more than I like to admit. I didn’t like being the guy who hit on a taken woman, but beyond that I kind of wanted to know what the hell you were thinking getting engaged to him when it was so obvious you were meant for me. So go and put on that gown and show me how you would have seduced me.”

Mia grabbed the bag he’d set down when they’d entered the room and made for the bathroom. He’d said the one thing guaranteed to get her moving.

You were meant for me.