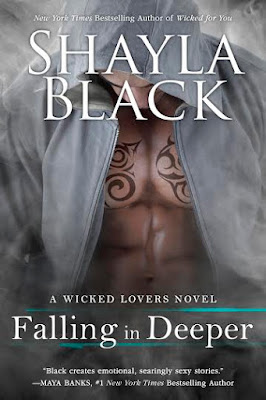 About FALLING IN DEEPER

A tragic past threatens to destroy a passionate future in this dangerously sexy new novel from the New York Times bestselling author of Wicked for You.

After a violent tragedy nearly destroyed her, Lily Taylor ran away, changed her name, and started over. When her deadly nemesis resurfaces to eliminate his loose end, she turns to the last man she should trust—a stranger with a history of violence and an intoxicating sexuality she can’t refuse…

Though strong-armed into locating Lily to help put away a drug lord, ex-con Stone Sutter isn’t anyone’s snitch. When he finds the terrified beauty, he vows to keep her safe—but he isn’t sure he has the strength to shield her from his own desires.

As an unquenchable fire sparks between them, Lily’s tormentor stalks ever closer, and she must overcome her darkest fear to survive. Can she trust the bond she and Stone have formed as they’re falling in deeper? 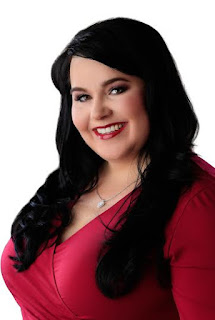 Raised an only child, Shayla occupied herself with lots of daydreaming, much to the chagrin of her teachers. In college, she found her love for reading and realized that she could have a career publishing the stories spinning in her imagination. Though she graduated with a degree in Marketing/Advertising and embarked on a stint in corporate America to pay the bills, her heart has always been with her characters. She’s thrilled that she’s been living her dream as a full-time author for the past seven years.

Shayla currently lives in North Texas with her wonderfully supportive husband, her teenage daughter, and a very spoiled cat. In her “free” time, she enjoys reality TV, reading, and listening to an eclectic blend of music.

Always be in the loop and sign up for Shayla’s FREE Newsletter
Visit Shayla’s website
Visit Shayla on Facebook
Visit her Amazon Author Page
Posted by Friend till the end book blog at 6:10 AM