Release Blitz for Broken With You by J. Kenner

True love never fades...Broken With You, the next suspenseful tale in the all-new Stark Security series of standalones, from New York Times bestselling author J. Kenner, is available now!

After surviving a troubled childhood, Denise can’t believe that she’s blissfully married to her partner and soulmate. She’s confident that not even Mason’s long-term, deep-cover assignment will shake their bond. And she certainly doesn’t anticipate that when he finally walks back through her door that he’ll have no memory of her, himself, or their time together…

When Mason is pulled out of an operation gone bad, all he knows is what he’s told — that he was a covert agent, that he has information vital to national security somewhere in his head, and that they can tell him no more for fear of burying those hard-fought secrets even further. They tell him nothing else; not even that the beautiful woman who makes his heart beat faster is not just his partner, but also his wife.

The secret she must keep wrecks Denise, who wants only to return to Mason’s arms. But despite the desire that still burns hot between them, she can’t tell him who she is—or that she’s carrying his child.

But when dark forces threaten both their lives in order to retrieve the information trapped in Mason’s mind, it’s not their past that will be tested, but the tenuous new love now burning hot between them.

You don’t want to miss this sexy, suspenseful amnesia romance!

Download your copy today!
Amazon I Amazon Worldwide
AppleBooks I Nook I Kobo I Google Play

Denise and Mason were blissfully happy in their marriage until Mason accepted a long term deep under cover assignment which tests their marriage and their bond as a couple. What Denise didn’t expect was when Mason returned to her that he wouldn’t remember her or their life before the assignment. Not wanting to add more to Mason’s plate, Denise feels that she needs to keep secrets from him. Will the forces that took Mason’s memories come back and threaten the happiness they are trying to re-gain or will they finally be able to get their life back on track?

I’m a big fan of Julie and anything Stark related so when this book came out I had to get my hands on it.  Julie gave her readers an emotionally charged suspense story and the characters will capture your heart. I couldn’t help but feel for Mason and Denise. Mason has no clue what he’s lost and Denise has to deal with her loss of the relationship she once had. Their devotion and determination to do anything for each other made them an amazing couple, I could help but fall in love with them. This book was one hell of an emotional roller coaster ride but then again I expect no less from Julie. This may only be the second book in the Stark Security series but I think it’s going to be the best of the series.  A must read in my books but then again all of the Stark related books are a must read to me. 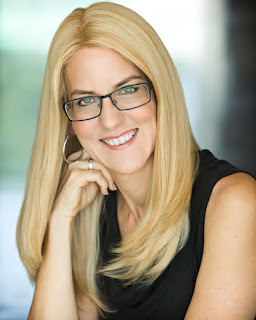 Her books have sold over three million copies and are published in over twenty languages.

In her previous career as an attorney, JK worked as a clerk on the Fifth Circuit Court of Appeals, and practiced primarily civil, entertainment and First Amendment litigation in Los Angeles and Irvine, California, as well as in Austin, Texas.  She currently lives in Central Texas, with her husband, two daughters, and two rather spastic cats.
Connect with Julie
Website I FaceBook I Twitter I Instagram I Pinterest
Google+ I Tumblr I YouTube I Amazon Author Page
Newsletter
Posted by Friend till the end book blog at 9:00 AM