Today we have an release blitz from Michelle Mankin’s ROCK F*CK CLUB, Book 3.
Check it out and grab yours today! The Gods of Rock Tour.

Two at a time. Maybe even three.

I know what I like and how to get it.

I’m going to f*ck whoever I want. However I want. Whenever I want. I have my reasons for being the way I am and doing the things I do. I’ve warned WMO they might have to stretch the rules to keep their TV-MA rating for me.

What could go wrong?

Get Your Copy of Rock F*ck Club #3
Amazon

CATCH UP ON THE SERIES 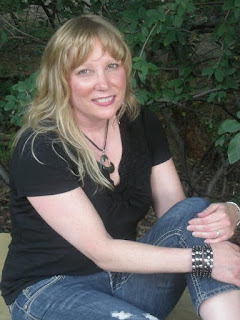 Love Evolution, Love Revolution, and Love Resolution are a BRUTAL STRENGTH centered trilogy, combining the plot underpinnings of Shakespeare with the drama, excitement, and indisputable sexiness of the rock 'n roll industry.

Things take a bit of an edgier, once upon a time turn with the TEMPEST series. These pierced, tatted, and troubled Seattle rockers are young and on the cusp of making it big, but with serious obstacles to overcome that may prevent them from ever getting there.

Rock stars, myths, and legends collide with paranormal romance in a totally mesmerizing way in the MAGIC series.

Catch the perfect wave with irresistible surfers in the ROCK STARS, SURF AND SECOND CHANCES series.

Romance and self-discovery, the FINDING ME series is a Tempest spin off with a more experienced but familiar cast of characters.

Exploring the sexual double standards for women, the ROCK F*CK CLUB is a hot girl power series with the groupies starring in a reality show to rank rock stars.

When Michelle is not prowling the streets of her Texas town listening to her rock or NOLA funk music much too loud, she is putting her daydreams down on paper or traveling the world with her family and friends, sometimes for real, and sometimes just for pretend.

OTHER BOOKS BY MICHELLE MANKIN

FINDING ME series (also available in audio):
Find Me | Remember Me | Keep Me

Posted by Friend till the end book blog at 8:30 AM