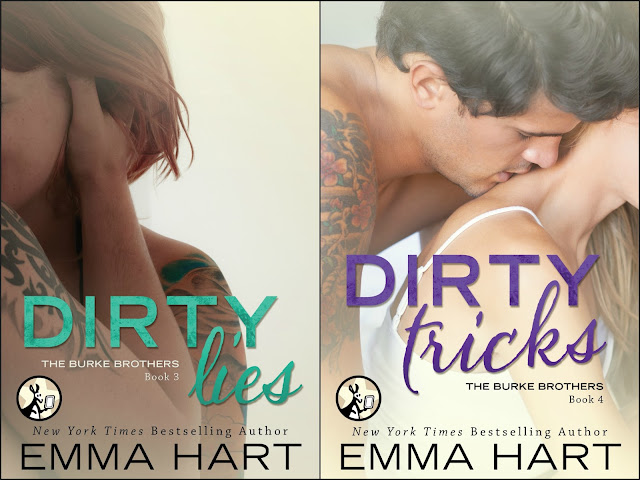 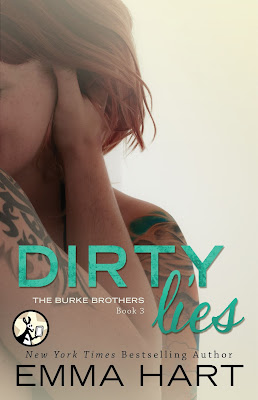 Aidan Burke is the perfect rebound guy for Jessie Law after she catches her asshole ex-boyfriend with his hands down some other girl’s pants. The world-famous drummer of Dirty B isn’t shy about his preference for no-strings-attached relationships, so when she meets him on a night out, she takes him up on his simple proposal: One night of fun. Hot sex. Zero expectations.

But Dirty B’s tour is over, and they’re back in South Carolina—which means running into Aidan more often than Jessie would like.

When Aidan saves Jessie from her ex-boyfriend by insisting the two are dating, the band’s manager convinces them to keep up the charade in the hopes of re-inventing Dirty B’s image as lovable bad boys, as opposed to d-bags. Now all Aidan and Jessie have to do is put on a very obvious, very public show to convince everyone their affection is real.


But pretending to be in a relationship is harder than it seems. Aidan’s hordes of jealous fans have no problem bombarding Jessie with threatening messages online—and worse. And things only get more complicated when Jessie realizes her feelings for Aidan may not be so fake after all. Can Jessie live with the risks? And is Aidan willing to let her? 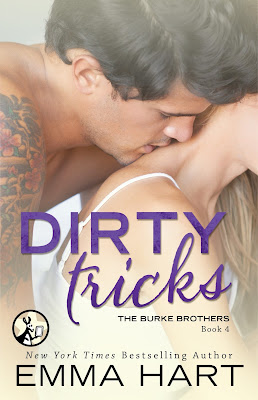 Chelsey Young's dad was a rock star. Glamorous, right? But late nights, frequent travelling, and watching endless women rub their bodies against Lukas Young's in a bid for his attention wasn't exactly how Chelsey planned to spend her senior year of high school.

So when Kye Burke, of the ultra-sexy band Dirty B, sets his sights on Chelsey, she figures the best way to get him off her back is by taking his sexy butt to bed.

But after one night together, Kye has no intention of staying away from Chelsey, especially when she's kissing him one minute then pushing him away the next. From watching her father, Chelsey knows the rock star lifestyle that Kye leads—being away for long stretches of time, girls throwing themselves at him on the regular, shirtless photos showing up in his inbox ten times a day. She wants no part of it.

Kye is determined for Chelsey to get to know him, the real him behind the rock star persona. But that isn't so easy when Kye's schedule will take him away for days, weeks, even a month or two at a time, which is a dealbreaker for Chelsey. Long distance means temptation to stray, and infidelity was the reason her own parents split. She knows it's not fair to project her own insecurities onto Kye, but some things are unavoidable.

And, distance or not, he's going to damn well prove it.

Where she’s been for the last two and half years is a mystery, and so is the reason she left in the first place. Now, though, she’s back in their hometown of Shelton Bay, South Carolina, at the same time Conner’s band Dirty B is home on a tour break.

Sofie Callahan has spent the months since her father’s death avoiding anything to do with her home town. But with her brother in Afghanistan, she has no choice but to return and sort out her father’s house, even if it means facing the boy she fell in love with and revealing the reason she left.

Conner has questions, and when his broken heart and her guilty one collide, Sofie has to start answering them. Their present is rocky, their future unknown. Only one thing is certain:

Sofie’s daughter will change everything. 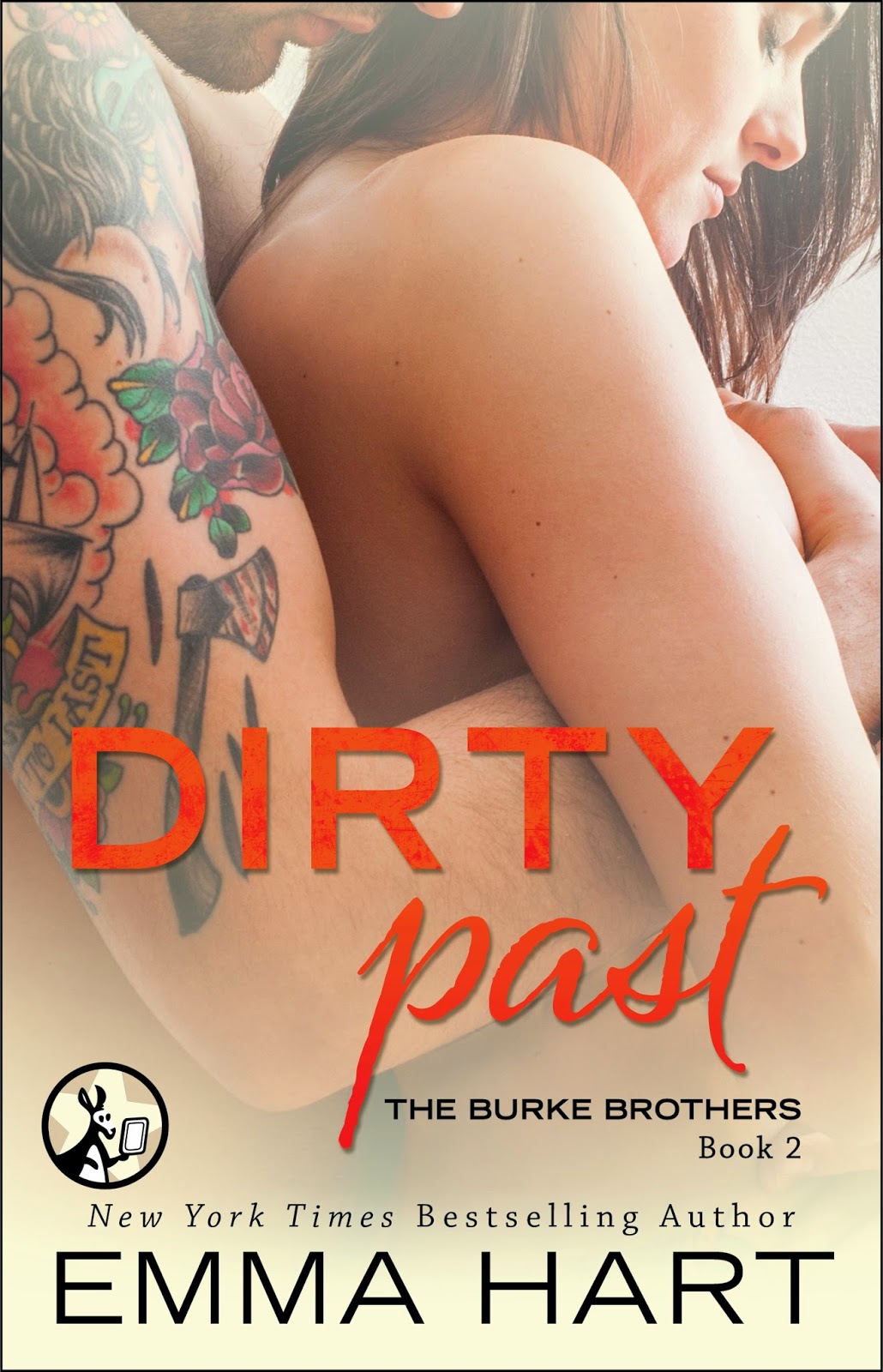 On the heels of Dirty Secret, here is a sizzling hot romance featuring another Burke brother and the girl he can’t resist, from the New York Times bestselling author of the Game series.

Walking out on my wedding wasn’t my best idea.

Neither was throwing my cell in the lake and taking a job as PA for Dirty B, America’s favorite rock band, complete with every teen girl’s dream man, the eldest of the Burke brothers.

Tate Burke is pure sex. Women actually throw their panties at him during shows. And Ella Dawson is the lucky little thing that gets to escort their fangirling butts out when he’s done with them.

He’s a cocky son of a bitch, but there’s more to him than meets the eye. Every now and then Ella gets a rare glimpse of the Tate behind the “bad boy” act, and it attracts her in the most annoying way. The most annoying, heart-thumping, panty-wetting way.

When her abusive ex turns up at the hotel room Ella and Tate are sharing, raging mad, she knows she’ll need more than just a little protection. Tate sees red, and Ella can’t help but lean on him, despite his bad-boy ways.

And now? Now, he’s in a whole lot of trouble. 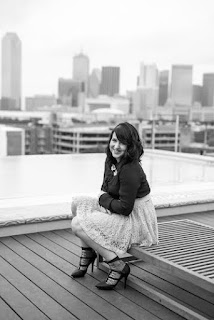 By day, New York Times and USA Today bestselling New Adult author Emma Hart dons a cape and calls herself Super Mum to two beautiful little monsters. By night, she drops the cape, pours a glass of whatever she fancies - usually wine - and writes books.
Emma is working on Top Secret projects she will share with her followers and fans at every available opportunity. Naturally, all Top Secret projects involve a dashingly hot guy who likes to forget to wear a shirt, a sprinkling (or several) of hold-onto-your-panties hot scenes, and a whole lotta love.
She likes to be busy - unless busy involves doing the dishes, but that seems to be when all the ideas come to life.

Posted by Friend till the end book blog at 5:19 PM