We're having a release day launch for Cathryn Fox's WASTED SUMMER!! I'm so in love with this amazing NA romance. Cathryn is sharing an excerpt with us and hosting a fantastic giveaway. Be sure to check it out and grab your copy of Wasted Summer today!! 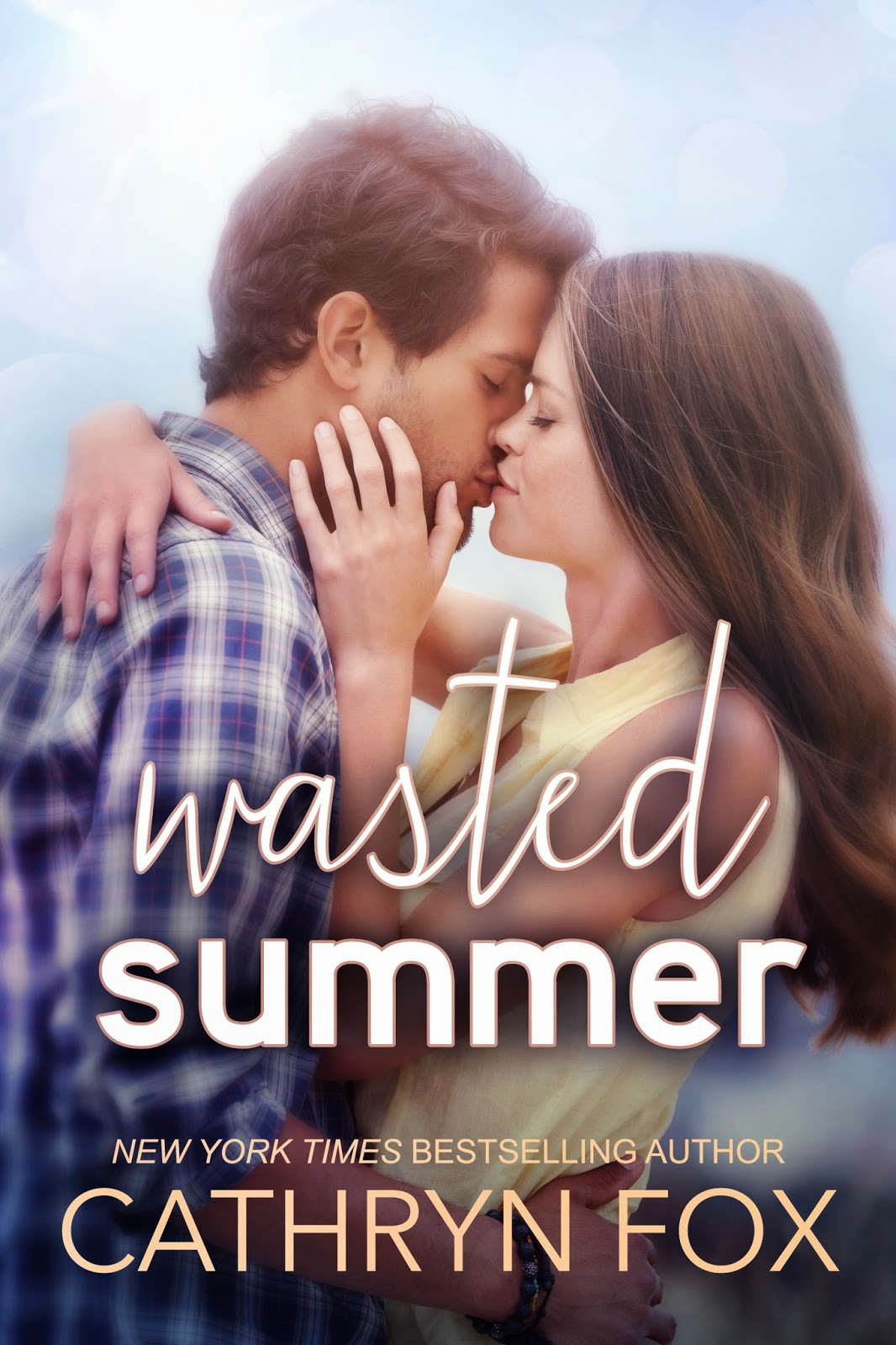 Melody Spencer has a plan: work hard, stay focused and save enough money to get out of Stone Cliff and the rumors that surround her. Wounded and distrustful, she’s learned the hard way that if a guy is nice to her, it means he’s only after one thing.

Until Ryeland Montgomery cruises back into her resort town, beautifully protective as he insists they get to know each other better.

Ryeland’s future is in the palm of his hands. Problem is it’s the future his hard-nosed father has chosen for him, not the one he wants. Warned by his folks to steer clear of the local girls who will do whatever it takes to escape the sleepy mountain town, he’s always played the good son and kept his distance.

Until he sees Melody, sweet yet tough, standing on the road side, drenched and furious—a girl he knows he has to have.

Soon this unlikely pair find themselves lost in each other, and after a whirlwind summer of passion and pleasure, he vows to protect her from everything and everyone. But when secrets unfold, Melody is forced to make the toughest decision of her life and Ryeland must determine whether he's wasted the summer on nothing more than a beautiful lie, or if they can move past the deceit and rebuild the wreckage that has become their lives. 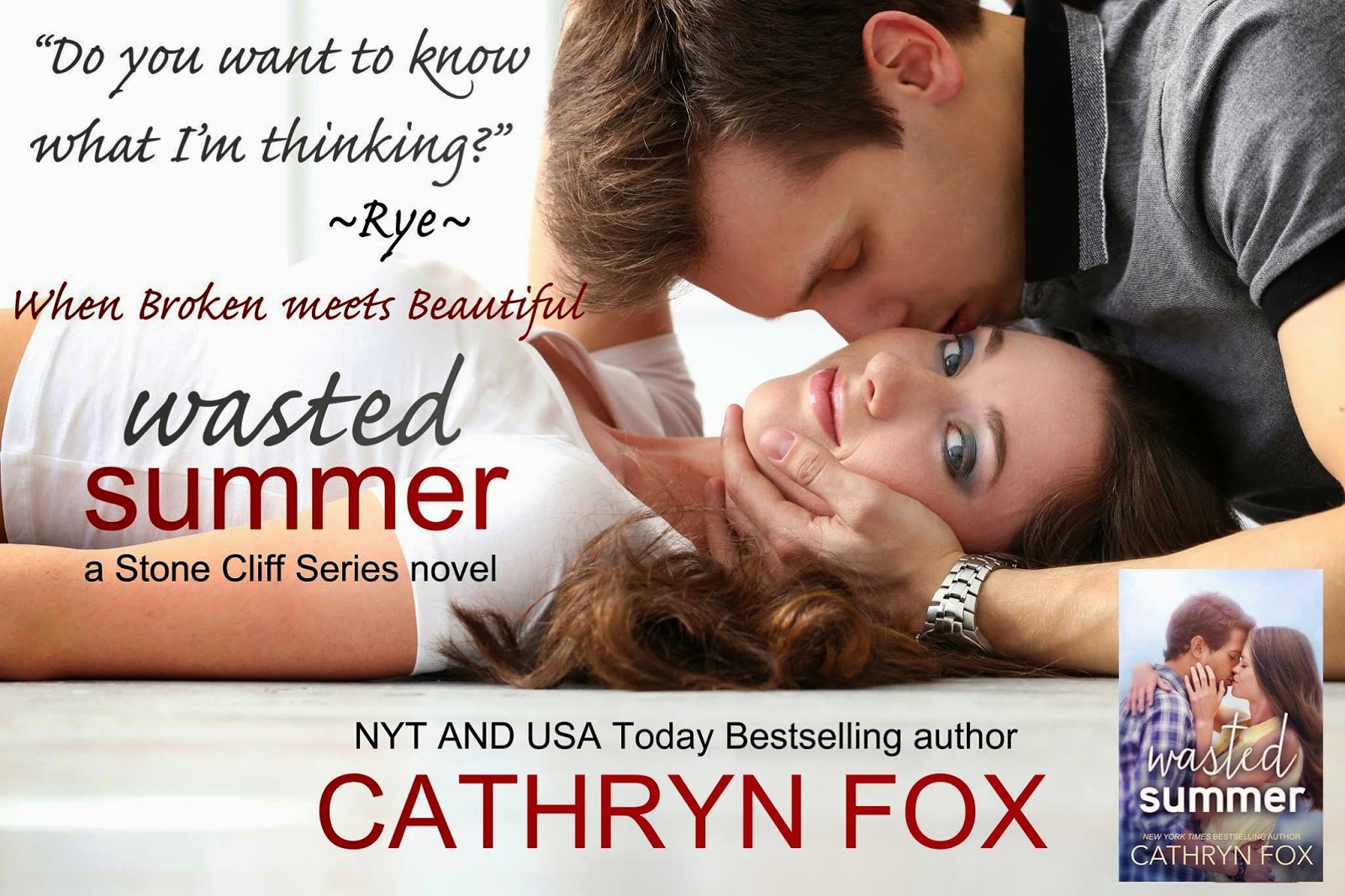 She wrapped her arms around herself and stared at the sky. Ryeland followed her gaze and took in the

streaks of pink and purple bruising the horizon.

She rubbed her hands over her arms. “Yeah, it’s just, the sun is going down and the temperature is

“We could always get in the hot springs.”

“We can wear our clothes.”

“I guess it wouldn’t be the first time you caught me soaking wet and fully dressed.”

“Then I take that as a yes.” He jumped to his feet and pulled her up.

She yelled when he scooped her into his arms and carried her to the edge. “No, I was kidding.” She

whacked him and wiggled to get free. Jesus, he wished she wouldn’t wiggle like that. “And we just ate.”

“Don’t care.” He jumped, and she wrapped her arms around his neck to hold on as the warm water

enveloped them. She pushed away from him and they both came up sputtering.

Laughing, she swiped her hair off her face and swam away. “You’re crazy.”

He moved closer when she stopped swimming, watching the way the water dripped down her face,

making her look so sexy, so damn tempting. His cock thickened, need propelling him forward and urging

him to act on what he was feeling. Her smile fell and her mouth opened slightly as his gaze dropped to

He took a breath and let it out slowly as he closed the distance between them, standing so close he

could feel the pounding of her heart. “You want to know what I think?”

She stared into his eyes and he could almost hear her brain buzzing. She opened her mouth and closed it

again. When she finally spoke, her voice was so soft, so quiet he had to strain to hear it.

With his heart picking up tempo, he ran his thumb over her cheek then cupped her chin. “What I think is

I’d like to kiss you.” When she didn’t flinch, he leaned forward and pressed his mouth to hers. His lips

moved over hers, reveling in the warmth, the softness.

“Ryeland,” she whispered into his mouth.

“Yeah?” he asked, barely able to think straight as she melted against him. His body tightened, pleasure

Her breath grew shallow, her chest rising and falling quickly against his. “What are we doing?”

Breathing hard, he rested his forehead against hers, working to keep his shit together. “Do you want me

to stop?” he asked, his voice so tortured he barely recognized it. “If you want me to stop, I will. Just tell 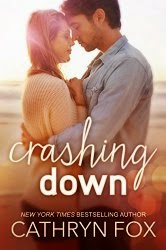 When reckless meets responsible... Straight A student Kathryn Lane is all work and no play. She's determined to keep her scholarship, and that means no distractions...until she takes a summer internship at Stone Cliff Resort and meets bad boy Noah Ryan. She knows she should keep her distance—after all he’s not the kind of guy she can bring home to daddy—but his disarming smile and dangerous ways are entirely too tempting. College dropout, Noah Ryan takes one look at Kathryn and instantly knows her type—ambitious, driven and determined, just like he used to be, before the accident that derailed his life and left him an emotional wreck. He vows to avoid her, but when a co-worker backs him into a bet he can’t refuse, everything he’s been running from is challenged and he’s forced to confront his demons. Soon, Kathryn and Noah are lost to everything except each other. As their lives become entwined, their passion is reckless, their heat all-consuming but when hurtful truths spill out, can Noah prove himself worthy of the one girl who can heal his wounded heart, or will the fire they ignited turn to ash when it all comes crashing down?

New York Times and USA today Best selling author, Cathryn is a wife, mom, sister, daughter, and friend. She loves dogs, sunny weather, anything chocolate (she never says no to a brownie) pizza and red wine. She has two teenagers who keep her busy with their never ending activities, and a husband who is convinced he can turn her into a mixed martial arts fan. Cathryn can never find balance in her life, is always trying to find time to go to the gym, can never keep up with emails, Facebook or Twitter and tries to write page-turning books that her readers will love.

Check out Cathryn's giveaway!! a Rafflecopter giveaway
Posted by Friend till the end book blog at 7:24 AM